Way back in the distant past of August 2016, we talked about the Popular Players Contest that was conducted by The Motion Picture Story Magazine in 1912. You can find my post about it here. At the end, I stated that it was a mystery what was finally given as a prize.
It must not have been very plainly stated, because at the end of the magazines in the inquiries section, patrons of the magazine had written in asking what the prize was, with a rather abrupt answer by the inquiries department. At least I didn’t feel so silly when I realized others were wondering the same thing, albeit over 100 years before!
The answer was, the prize for the top five highest ranking photoplayers was a book of beautifully bound Motion Picture Story Magazines from the beginning up to the very current issue. In addition, they would receive all the lovely letters of appreciation that were sent to the magazine during the contest.
The rest of the top 50 were to receive the letters of appreciation, and the certificates pictured in the previous post.
Some photoplayers were thankful! They wrote in to the magazine to say how appreciative they were of the outpouring of love their fans had given them. These three that were so nice to thank their fans were Dolores Cassinelli, Mae Hotely, who ranked two and three respectively, and Marc MacDermott, who ranked 49th.

Curiously, all that Marin Sais, who ranked 21st, had to say was this:

Maybe she hadn’t gotten the prize because they had the wrong studio? In any case, I’ll close with the pictures of the lovely photoplayers who decided to write in and acknowledge the magazine and their fans. 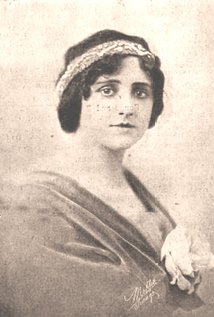 and last, but not least, Marin Sais.